New research from an analysis of the UK Biobank study is shedding further light on the impact abuse and maltreatment can have on cardiovascular health later in life.

Results of the studies, which examined the effects in both men and women, found multiple forms of abuse and neglect, including physical, sexual, or emotional, were linked to increased rates of cardiovascular disease, ischemic heart disease, and cerebrovascular disease.

“All types of maltreatment were associated with higher risk of CVD in both men and women, with stronger associations in the latter and in younger participants, but some age differences disappeared when only early onset CVD was considered,” investigators wrote.

With a greater emphasis on the impact of stressors on cardiovascular health, both in research and in practice, a team of investigators representing institutions from the UK, the United States, and South Africa, designed their study to assess associations between childhood maltreatment and cardiovascular disease among UK Biobank participants. To further explore the topic, investigators also designed a secondary analysis to examine age differences and associations with early-onset cardiovascular disease.

Of note, investigators pointed out those with information related to maltreatment were more likely to be female, to be white, to have lower age, to experience less deprivation, to have a higher education level, and higher frequency of alcohol intake than nonrespondents in the UK Biobank cohort.

The most prevalent form of childhood maltreatment was emotional neglect, which occurred in 22.5% of respondents. This was followed by physical abuse among men and emotional abuse in women, which occurred in 21.1% and 17.9% of the respective populations. Additionally, results indicated women were more likely to experience a greater number of types of childhood maltreatment with 4.6% of women experiencing 4 or more types of maltreatment compared to just 2.7% of men.

Investigators found all types of maltreatment were associated with a greater risk of hypertensive disease and a greater risk of cerebrovascular disease, with the exception of emotional neglect for the latter. Specifically, women experiencing physical abuse had a risk ratio for ischemic heart disease of 1.48 (95% CI, 1.34-1.63) compared to a risk ratio of 1.20 (95% CI, 1.13-1.27).

In an accompanying editorial, Leah Li, PhD, and Rebecca Lacey, PhD, both from University College London, underline the impact of potential gender differences seen in the results of the study.

"If the association indeed differs by gender, it will be crucial to further explore the mechanisms and life course pathways that may contribute to the gender-specific associations and also the timing of their emergence. This may indicate the sensitive period during which intervention could lead to improvements in adult cardiometabolic health, especially for women,” the pair wrote.

This study, “Sex differences in the association between childhood maltreatment and cardiovascular disease in the UK Biobank,” was published in The BMJ. 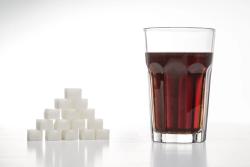