“Sexuality and sexual activity are markers of wellbeing,” said lead investigator Yariv Gerber, PhD, professor of epidemiology at Tel Aviv University , in a statement. “Resumption of sexual activity soon after a heart attack may be a part of one’s self-perception as a healthy, functioning, young and energetic person. This may lead to a healthier lifestyle generally.”

With this in mind, Gerber and a team of colleagues designed the current study with the goal of assessing the impact of resuming or abstaining sexual activity within the first 6 months following acute myocardial infarction. Pulling data from the Israel Study of First Acute Myocardial Infarction, investigators identified 495 patients who met their inclusion criteria for the study.

Of the 495 patients included, 90% were men and the mean age was 53±8 years. From the interviews, investigators determined 73% of patients were sexually active at least once a week prior to the index event. Additionally, 88% of patients resumed sexual activity after the event but only 60% of the total cohort reported similar frequency of sexual activity before and after the event. Based on these results, investigators categorized 263 patients into a group defined by maintained or increased frequency of sexual activity 3-6 months following myocardial infarction and 232 into a group defined by a decrease or entirely abstaining from sexual activity following myocardial infarction.

In the aforementioned statement, Gerber noted the observational nature of the study prevents investigators from drawing direct conclusions on the link between sexual activity and increased survival and, because of this, cautions against overinterpretation of results.

“Numerous physical and psychosocial health parameters are required for maintaining regular sexual activity,” Gerber added. “In light of this, the net benefit of sexual activity itself is still a matter of debate.”

This study, “Resumption of sexual activity after acute myocardial infarction and long-term survival,” was published in the European Journal of Preventive Cardiology. 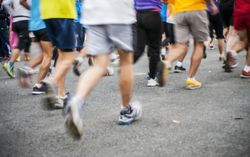 Implementation and Use of Patient-Reported Outcomes in Heart Failure with Stephen Greene, MD