Results of the large trial, unveiled at AHA 2017, appear indisputable, but will prophylaxis with sodium bicarb and acetylcysteine yield ground?

In the opening Late Breaking Clinical Trial session at the AHA Scientific Sessions 2017 in Anaheim, we were treated to the results of the PRESERVE (Prevention of Serious Adverse Events Following Angiography) trial, presented by Dr. Steven Weisbord of VA Pittsburgh Healthcare System. This trial leveraged a factorial design to answer two questions of longstanding clinical interest in patients undergoing angiography and at high risk for renal complications from contrast exposure.

First, does intravenous sodium bicarbonate offer clinical benefit over intravenous sodium chloride, and second, is oral acetylcysteine more efficacious than placebo? The trial was funded by the U.S. Department of Veterans Affairs Office of Research and Development and the National Health and Medical Research Council of Australia, and along with the AHA podium presentation the landmark results were simultaneously published in the New England Journal of Medicine.

The background here is that students, residents, and fellows have long been trained to administer IV sodium bicarbonate and oral acetylcysteine as renal prophylaxis to patients undergoing angiography. Mechanistically, it has been postulated that urinary alkalinization and scavenging of reactive oxygen species could protect the renal tubular epithelial cells from injury with exposure to iodinated contrast. The practice of periprocedural IV sodium bicarbonate and oral acetylcysteine has been widely adopted and is deeply engrained despite a lack of definitive evidence for efficacy. Small scale evidence has suggested benefit but up until PRESERVE efficacy was not adequately evaluated.

In a 2-by-2 factorial design, PRESERVE randomized 5,177 patients scheduled for angiography and at high risk for renal complications to IV 1.26% sodium bicarbonate vs IV 0.9% sodium chloride, and oral acetylcysteine for 4 days vs oral placebo. The primary outcome was a composite of death, need for dialysis, or a persistent increase ≥ 50% from baseline in serum creatinine at 90 days. A secondary outcome was contrast-associated acute kidney injury.

Participants were recruited most commonly from VA medical centers in the United States, as well as from medical institutions in Australia, Malaysia, and New Zealand. Risk of renal complications was based on reduced eGFR:  15-44.9 mL/min/1.73 m2, or 45-59.9 mL/min/1.73 m2 in those with diabetes.

The PRESERVE trial was stopped early after a prespecified interim analysis showed no effect of sodium bicarbonate and acetylcysteine on the primary outcome. It occurred in 4.4% of patients in the sodium bicarbonate group and 4.7% in the sodium chloride group (OR 0.93; 95% CI 0.72 to 1.22; P=0.62). Similarly, the primary outcome occurred in 4.6% of those in the acetylcysteine group versus 4.5% of placebo allocated participants (OR 1.02; 95% CI 0.78 to 1.33; P=0.88). Episodes of contrast-associated acute kidney injury were also similar in frequency in each of the groups.

Therefore, in this large trial involving approximately five thousand high risk angiography patients, there was a strongly null result for clinical benefit of IV sodium bicarbonate vs IV sodium chloride, or for oral acetylcysteine vs placebo. PRESERVE, as the largest trial of its kind, provides convincing and, theoretically, practice-changing results.

On a practical level for patients, they don’t need to bother with oral acetylcysteine. On a practical level for hospitals, the PRESERVE results simplify the supply chain for IV fluids, as noted by Dr. Núria Pastor-Soler, a nephrologist at the University of Southern California in Los Angeles. Sodium chloride is readily available whereas sodium bicarbonate requires on-site preparation.

But such behavioral shifts don’t happen quickly, particularly when clinical practices are deeply entrenched, and, in this case, written into resident survival guides. We can expect it to take some time for even these indisputable trial results to diffuse into practice. 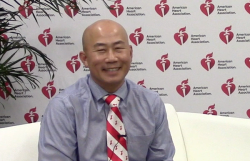 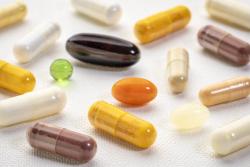