Statins Maybe Not a Wonder Drug for Parkinson

Statins may be a wonder drug for lowering cholesterol and preventing heart and cardiovascular disease, leading some physicians and patients to think they’re a cure-all.

Statins may be a wonder drug for lowering cholesterol and preventing heart and cardiovascular disease, leading

Good for heart disease, statins may not be so good for Parkinson disease.some physicians and patients to think they’re a cure-all. But is this really the case? And do they help prevent and treat neurodegenerative conditions, too, such as Parkinson disease (PD)?

According to a new study conducted by  researchers at Penn State College of Medicine and the National Institute of Environmental Health Sciences (NIEHS), the answer is no.

About 43 million Americans take statins or are statin therapy candidates, and the American Heart Association estimates that number will soon increase to 56 million or even more. Guidelines recommend that even persons who do not have high cholesterol but have other risk factors also take statins.

The scientists measured blood cholesterol levels, statin use, and symptoms of PD status in subjects in the long-term Atherosclerosis Risk in Communities study. They assessed cholesterol at 3-year intervals from 1987 to 1989, prior to the widespread use of statins.

Statin use was uncommon at the beginning of the study (0.57%) but increased to 11.2% by the fourth visit. Total-cholesterol levels decreased over time, particularly in patients who used statins. The scientists identified 56 PD cases after 1998. Statin use before 1998 corresponded with significantly higher PD risk after 1998.

“We confirmed our previous finding that high total cholesterol and LDL cholesterol were associated with a lower risk of PD,” lead author Xuemei Huang, MD, PhD, noted. “Moreover, statin use over the course of the study did not protect against PD and in fact appeared to increase PD risk in the long term. Although the analysis on statin use and PD was based on a fairly small number of PD cases, this preliminary data argues against the hypothesis that statins protect against PD.”

Dr Huang also remarked on previous work that examined statins and PD risk, stating, “Recent evidence has been somewhat inconsistent. The use of statins has also been associated with a lower incidence of PD in several recent epidemiology studies, leading some researchers to hypothesize that these medications, which lower levels of LDL-bad cholesterol-may protect against PD. Those studies, however, failed to account for cholesterol levels prior to the widespread use of statins in the US population.”

Dr Huang proposed an explanation based on the current work:

“One possibility is that statin use can be a marker of people who have high cholesterol, which itself may be associated with lower PD risk. This could explain why some studies have found an association between use of these medications and low incidence of PD. Most importantly, this purported benefit may not be seen over time.”

The study findings indicate that prescribing statins in persons who have PD should be considered carefully.

“This is evidence that personalized medicine is better than a one-size-fits-all approach,” Dr Huang said.

The work was supported by the National Heart, Lung, and Blood Institute, the NIEHS; and the NIH.

The study appeared in the January 14 issue of Movement Disorders.1

• The current study supports the previous finding that statin use does not protect against PD.

• Statin use may increase PD risk in the long term.

• Prescribing statins in persons with PD should be considered carefully. 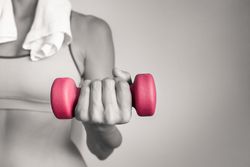 AHA Recommends Physical Activity as a First-Line Treatment for Many Patients with Elevated Blood Pressure, Cholesterol 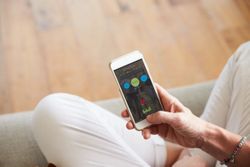