Results of an open label study on omega-3 PUFA supplementation found a small but transient effect on gut microbiota that could warrant future research.

Supplementation with omega-3 polyunsaturated fatty acids (PUFAs) may increase the number of certain bacteria thought to be beneficial to the gut microbiome, according to a study published online in the November issue of Gut.1

“[W]e report that a high dose (4 g daily) of mixed omega-3 PUFAs (EPA and DHA) given for 8 weeks is associated with small changes in the intestinal microbiota that are consistent across two different omega-3 PUFA interventions,” wrote senior author Mark Hull, PhD, of the University of Leeds (Leeds, UK), and colleagues.

“The increase in density of bacteria known to be butyrate producers concurs with the existing preclinical literature and is compatible with the known anti-inflammatory and antineoplastic properties of omega-3 PUFAs,” they added.

Eicosapentaenoic acid (EPA) and docosahexaenoic acid (DHA) are omega-3 PUFAs widely used as nutritional supplements. Mouse studies have linked omega-3s to increases in certain bacteria thought to be beneficial for fighting colorectal cancer. Some of these bacteria produce the short chain fatty acid butyrate, including certain Bifidobacterium, Lachnospira, Roseburia and Lactobacillus species, and may play a role in promoting gut health. Butyrate and certain other short chain fatty acids may decrease inflammation on the surface of the intestine and help protect against colorectal cancer.

To study the issue in humans, researchers conducted a randomized, open-label trial that used a cross-over design to minimize variation in comparisons between individuals. The study included 22 healthy volunteers older than age 50 (an age group with increased risk for colorectal cancer).

Researchers randomized participants to 8 weeks of 4 grams daily of mixed EPA/DHA, given either as gel capsules or a peach-flavored drink called Remune. After 8 weeks, participants entered a 12-week washout period in which they discontinued treatment to check whether treatment-related changes in the microbiome were reversible. Afterwards, the two groups switched treatments. Researchers analyzed the microbiome at five time points using DNA analysis of stool samples. They also tested for omega-3 incorporation into tissues by analyzing fatty acid in red blood cells (RBCs).

Results showed that supplementation with EPA/DHA was linked to increases in Bifidobacterium, Oscillospira, Roseburia and Lachnospira species, as well as decreased Coprococcus and Faecalibacterium.

Increases in Roseburia and Lachnospira were found only with the Remune drink, which also had a significantly larger impact on decreasing pro-inflammatory arachidonic acid compared to capsules (p=0.02).

Next: Results not so clear cut

The effect of omega-3 supplementation on increasing some short-chain fatty acid-producing bacteria sounds like good news, but results were not so clear cut. The changes in the microbiome were small and reversible, and supplementation was not linked to overall changes in the diversity of the microbiome. Moreover, neither group showed a shift in the Firmicutes to Bacteroidetes ratio, which may play a role in colorectal cancer risk (a predominance of Bacteroidetes vs Firmicutes has been linked to increased risk of colorectal cancer).2

Individual variation in the microbiome exceeded any treatment effect. And RBC analysis showed that changes in the microbiome did not translate into increased omega-3 incorporation into tissues, suggesting little or no systemic exposure to omega-3 supplementation.

While researchers acknowledged that short-term omega-3 supplementation only produced small, transient changes in the microbiome, they suggest that results may have implications for prevention and adjuvant treatment of colorectal cancer. More research is needed on this matter, as well as on how different formulation of omega-3 supplements may affect the microbiome.

Most adverse events were reported as minor, with capsules linked to more upper GI symptoms like burping and heartburn compared to the Remune drink. 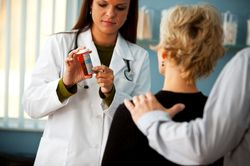