Older adults with lower memory function did not have a higher risk of coronary heart disease and stroke, said investigators in an online report in Neurology.

"In this study, we showed that lower performance in executive function was longitudinally associated with higher risk of coronary heart disease and stroke, independent of established vascular risk factors," Behnam Sabayan, MD, PhD, of Leiden University Medical Center, the Netherlands, and colleagues reported.

"Consistently, our longitudinal findings indicate that even a slight decrease in cognitive performance is linked with higher risk of cardiovascular events in future," Sabayan told MedPage Today.

This evidence suggests that executive function might be a better reflection of brain vascular pathologies compared with memory function. "Changes in cognitive function probably reflects extensive vascular damage not only in the brain but also in the other organs, the heart in particular," he said in an interview.

An increasing number of neuroimaging studies have shown that patients with cognitive impairment and dementia have high loads of white matter lesions, silent infarcts and cerebral microbleeds, wrote the investigators.

"Hence, cognitive impairment might be an early manifestation of clinically unrecognized brain vascular pathologies in participants free from overt vascular diseases, putting them at increased risk of future coronary and cerebrovascular events," they said.

Importantly, cognitive assessment might provide a tool for clinicians to identify older patients at extra risk for future cardiovascular events, said Sabayan. "Our findings suggest that evaluation of executive function may identify participants at higher risk of coronary disease and stroke and it can be used, along or in combination with other predictors, to detect individuals at high risk of cardiovascular events," he said.

"Our findings call for further collaboration between neurologists and cardiologists for early detection of older subjects at risk for either cardiac or brain vascular disorders."

The analysis, which adjusted for several cardiovascular risk factors, showed that the association between cognitive function and risk of cardiovascular events might be different when different domains of cognition were investigated.

"These findings are in line with previous reports showing more prominent impairments in executive function in patients with vascular dementia as opposed to patients with Alzheimer disease," said the investigators.

While patients with Alzheimer disease mainly present with memory deficits, impairments of executive function in vascular dementia have been attributed to disruptions in cortico-subcortical circuits due to cerebral small vessel disease, they noted.

All data for this study came from the Prospective Study of Pravastatin in the Elderly at Risk (PROSPER) which enrolled 5,804 men and women aged 70-82 years from December 1997 through May 1999. Patients were recruited at three European sites.

For the purposes of assessing the association of executive function and memory with incident coronary events and stroke in dementia-free older adults at high risk for cardiovascular diseases, this study assessed 3,926 dementia-free participants from PROSPER.

None had a history of myocardial infarction, stroke or trans-ischemia attack (TIA). Mean age was 75.1 years and 1,727 participants (44%) were male. All had a history of cardiovascular disease (coronary, cerebral or peripheral) or an increased risk due to hypertension, diabetes or smoking.

All participants underwent complete cognitive measurements (including the Stroop Color-Word Test, the Letter Digit Substitution Test and the Picture Learning Test) at baseline. After composite scores of executive function score and memory score were created, they were divided in thirds forming low, middle, and high composite cognitive scores.

In a multivariate model, 176 out of 1,309 participants who scored in the lowest third of executive function had higher risk of coronary heart disease when compared with 93 of the 1,308 participants in the highest third (HR 1.79, 95% CI 1.37-2.34). When the analyses was adjusted for memory performance, the association did not change, reported the investigators.

Similarly, they said, the risk of stroke was higher in individuals in the lowest third of executive function as compared with those in the highest third (HR 1.47, 95% CI 0.99-2.19).

This article was first published on MedPage Today and reprinted with permission from UBM Medica. Free registration is required.

This article was first published on MedPage Today and reprinted with permission from UBM Medica. Free registration is required. - See more at: http://www.consultantlive.com/cardiovascular-diseases/stroke-rounds-risk...

From the American Heart Association:

The original PROSPER clinical trial was founded by an investigator-initiated grant from Bristol-Myers Squibb. The company had no involvement in the current analysis. Study authors declared they had no relevant financial interests. 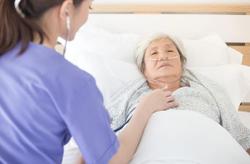 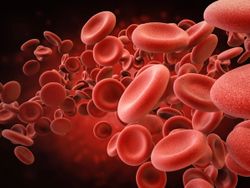