Salt sensitivity of blood pressure (SSBP) is still poorly understood. How much do you know about it? Find out, here.

Salt sensitivity of blood pressure (SSBP) is a poorly understood trait that affects whether, and to what degree, blood pressure in mammals, including humans, responds to sodium intake. As theories evolve about the molecular underpinnings of the SSBP phenotype, find out what you may or may not know already with our short, 6-question quiz.

1. Salt sensitivty refers to which of the following:

2. Which of the following groups is/are at increased risk for salt sensitivity?

A. Blacks
B. Overweight individuals
C. Hypertensive individuals
D. A and C
E. All of the above

Answer: C. A and C. Responses to variations in salt intake appear to be greater among blacks than among whites, among older vs younger individuals and in those with hypertension. Data are inconsistent for differences between genders, overweight vs normal weight individuals and people of Asian descent.1

3. Which of the following laboratory test can be used to directly measure salt sensitivity:

A. Plasma renin activity
B. Circulating BNP
C. 24-hr urinary excretion of sodium
D. None of the above

Answer: D. None of the above. Currently, no laboratory tests exist for direct measurement of salt sensitivity, nor is there consensus on how to evaluate the effect of salt intake on BP; 24-hour urinary excretion is preferred for estimating sodium intake in research studies, but has inherent variability and is impractical in the clinical context.1 Low plasma renin activity, circulating levels of atrial natriuretic peptide (ANP), brain natriuretic peptide (BNP), and endogenous ouabain have also been proposed, but their use is limited due to low sensitivity and specificity.2

4.The failure of BP to decline during sleep is a surrogate measure of salt sensitivity and may increase risk of heart failure.

Answer: A. True.  BP non-dipping overnight is closely linked to salt-sensitivity and sometimes used as a surrogate for the condition.3 Non-dipping also has been linked to increased risk for heart failure,4 as well as heart failure hospitalization and death.4,5

5. Salt sensitivity is associated with which of the following conditions:

A. Insulin resistance
B. Chronic renal insufficiency
C. Sleep apnea
D. A and B
E. All of the above 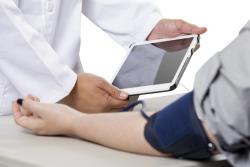 Exposure to 'Forever Chemicals' Linked to Increased Risk of Hypertension 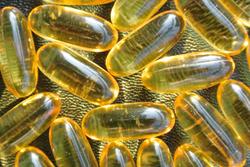 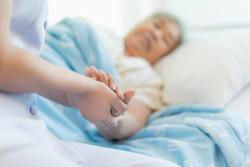