Sacubitril is a newer drug that inhibits neprilysin, an enzyme involved in blood pressure control.  Sacubutril combined with valsartan has been found to be effective in decreasing the risk of cardiovascular death in outpatients with heart failure.  But studies have not included patients hospitalized for heart failure.

To test the safety and efficacy of sacubitril-valsartan in this group, researchers conducted a randomized, double-blind controlled trial. The study took place at 129 hospitals in the U.S. Researchers randomized 440 patients hospitalized for heart failure to sacubitril-valsartan and 441 to enalapril for eight weeks. Most (72.1 percent) were male, and 35.9 percent were black.

Both groups showed a decrease over time in NT-proBNP concentration, a biomarker that may predict cardiovascular events. But the sacubutril-valsartan group showed a significantly greater decrease compared to the enalapril group, and this decrease appeared as early as the first week.

The benefits for sacubutril-valsartan (Entresto, Novartis) appeared similar regardless of age, race (white vs black), kidney function and severity of heart failure.

“The results of the PIONEER-HF trial extend the evidence base regarding the use of sacubitril–valsartan to populations for which there had been limited or no data,” wrote first author Eric Velazquez, M.D., of Yale University School of Medicine and colleagues.

Veronica Hackethal, M.D., MSc, is a medical journalist based in New York City who is a long-time contributor to the Modern Medicine Network publications. Her writing has also appeared in the New York Times, Chicago Tribune, NBCNews.com, Reuters Health, Nature Medicine News and Medscape. She is a graduate of Harvard University, Oxford University and Columbia College of Physicians and Surgeons (M.D.). 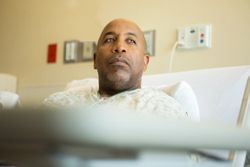 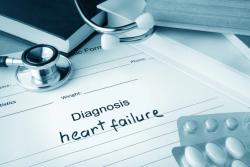