Recognizing the Role of PAs in Cardiology With Viet Le, PA-C 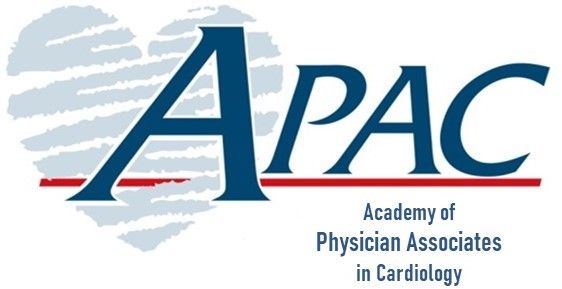 To celebrate National Physician Assistant Week, we reached out to the president of the Association of Physician Assistants in Cardiology for his perspective on the holiday and to reflect on the evolving role of PAs in cardiology.

The role of advanced practice providers (APPs) has undergone a revolution in recent decades. Once relegated to an undefined role in the care of patients, APPs have become a critical part of care across nearly every specialty in medicine, particularly cardiology.

Practical Cardiology: How important are awareness holidays for educating the general public and other clinicians around the evolving role of physician's assistants and various disciplines?

Viet Le, PA-C: I think they're very important, in particular, for the PA profession. While it's been around nearly 50 years, it's not as widespread as your traditional professions such as nursing and or physicians. I think when you say physician patients, whether right or wrong, they have an image of who that is and what they do as a role. Same with the nursing profession, they come with implicit bias whether that is what they've learned from TV or another type of media, but I think these specific days of recognition are important for us to be able to teach not only the lay public, but our colleagues about what our training is, what we do, and how we fit into that team-based care.

So, I think it's very important and will continue to be so until you see PAs, and nurse practitioners and PharmDs, these recognition days kind of roll forward to a point where when you hear PA, you immediately know what that means. Still, 17 years later in practice, I find myself still educating patients and colleagues, what my scope of practice is, what my training is, and then what I can do for them as well as my patients.

PC: How much has the role of the PA in cardiology evolved during your time in the field?

VL: Well, I think it's changed quite a bit. So, it's been around 50 plus years, but even the last 17 years has seen a huge surge in PAs practicing in specialties and cardiology is one of those areas. Especially as we've recognized the depth and breadth of specialties within cardiology itself—I mean, we have EP, we have heart failure, we have interventional, noninvasive imaging, we're breaking down into lipids now and, and preventive cardiology. So, there's a lot of areas and not any single physician can manage all the other parts within the moving parts within cardiology, let alone subspecialty care.

So, with team-based practice, what we've seen is within my 17 years is that it's percolated. The federal portion of it, the national certification, has really stayed the same. It's the state laws that have evolved. With the state evolution has come evolution within health systems, because, ultimately, it's the private provider credentialing that dictates what I do within those facilities, regardless of what the state law says.

The things that I've seen are more prescription, more supervision by case nurse practitioners on stress tests, we oversee imaging, you are starting to see advanced practice providers such as PAs overseeing tests and reading the tests initially before having someone else read them over—I would say similar to how family practice physicians pre-read x-rays and specialty diagnostics, we're doing the same thing before they move on to the radiologist or the cardiovascular imager, etc.

I find myself ordering more tests. As my physician partners have found themselves busier and as we've worked together, they've seen my experience and I read those or order those etc. I'm ordering more or prescribing more specialty medications that traditionally you'd say a family practice would leave to cardiology. Well, in the same way, cardiology attendings are also kind of filtering that and it percolates down to the advanced practice providers in terms of managing and initiating medications that are really specialty-based.

The other evolution that you're seeing within my practice is I'm starting to see PAs first assisting at a higher level: they're harvesting veins, they may be starting the sternotomy, but they're not doing the meat, so to speak, of the surgery, but didn't really in that first assist role. So, we are really being the teammate and those extra set of hands that our physician partners require, both procedurally and in terms of management of very complex diseases with patients.

PC: What's it like for you when your organization also recognizes the advancement of PAs in practice and the evolving roles of advanced practice providers?

At that time, advanced practice providers and specifically PAs were a novelty, so to speak, within the floors. I was rounding seeing patients on the floor and people would see me and, honestly, these are my nursing colleagues, etc., who thought I was a resident. And I just happened to be like, "What are you a five or six now? What are you doing still here?" and they didn't recognize that as a PA, I was rounding on patients, prescribing things, and ordering things.

So, the close approximate that folks had was that I was a resident or a fellow or something like that, but as Intermountain incorporated the lexicon of physician assistant, nurse practitioner, and now advanced practice provider, what that has done is actually given us an administrative voice. Rather than just these kind of Maverick providers within the system, we now actually have direct roles with direct lines of leadership and some dotted lines as well. What that has allowed us to do is, is be in triads, where we have nurses, physicians, and then advanced practice providers who are now helping to flesh out those roles of APPs, rather than just kind of randomly occurring in this clinic or that hospital.

There's an intention now for utilization of these APPs in practice and, even as early as 2012, when I came back to Intermountain, we developed an ad hoc and not very formalized, but it was structured within it was grassroots. We were APCs, advanced practice clinicians, and that was in 2012. That continued to grow and grow and we had a voice. We were starting to find ourselves at the table, either accidentally and/or because of our relationships with nursing directors and/or with physician directors, that we were invited to the table.

Now, it's intentioned. We have a place set aside rather than an invitation. It's now intentional that we have a place at the table. So, for me to have Intermountain recognize that really, I almost get emotional about it because it means that I'm recognized within the system. I'm not just an afterthought and a good afterthought that seems to provide excellent care. Now, it's intentional and there's a place at this table for us where we can help grow team-based care rather than just accidentally arrive at it.

Editor’s Note: This transcript has been edited for length and clarity.