Anterior ischemic optic neuropathy (AION) was first described in 1974. It results from non-perfusion of the posterior ciliary blood supply to the optic nerve head.

NA-AION generally remains stable long term with visual fields unlikely to show any improvement, but spontaneous improvement of up to three lines of visual acuity has been shown in up to 40 percent of patients. The optic nerve head edema resolves and makes way for pallor in six to 11 weeks following the acute NA-AION episode. Also, within five years of initial eye involvement, the fellow contralateral eye can become involved in 15 to 19 percent of patients.5

A 49-year-old Hispanic male first noticed an inferior nasal shadow in his left eye while lifting a cooler from the fridge at work during the day. It was described as painless and fairly sudden. He did not seek medical evaluation for the visual complaint at that time, but one week later, he presented to the emergency room with a headache and dizziness. He was not currently taking any medications but reported previous medical treatment one year prior for hypertension, which was discontinued due to financial constraints. The patient denied smoking and alcohol. His ocular history was unremarkable, and his family medical and ocular histories were non-contributory. No allergies were reported.

At the initial hospital visit, the patient’s blood pressure was significantly elevated at 212/115 mm Hg. CT, MRI, and blood work were ordered and all returned normal for his age. During his four-day hospital stay, the patient was assessed by an ophthalmologist with pertinent findings including an afferent pupillary defect (APD) of the left eye, normal right optic nerve head (ONH), 3+ edema of the left ONH, normal right eye confrontation visual fields (CVF), nasal field loss both superior and inferior of the left eye assessed with CVF, and reduced near acuity of J10 in the left eye, compared to J7 near acuity in the right. Distance acuity was not assessed due to convenience testing in a hospital setting. The plan at discharge was to initiate antihypertensive treatment with amlodipine (Norvasc, Pfizer), hydralazine (Apresoline, Novartis), and lisinopril (Prinivil, Merck). He was then instructed to return in one week for a dilated fundus exam and visual field.

The patient did not return to the hospital but instead arrived at the University Eye Institute 10 days after discharge, complaining of a persistent inferior nasal shadow in the vision of his left eye. He reported good compliance with clonidine (Kapvay, Concordia) 0.1mg tid, hydralazine (generic only) 100 mg tid, Lisinopril (Prinivil, Merck) qam, and aspirin 81 mg bid. Blood pressure was measured at 140/105 mm Hg in-office with an arm cuff.

Best-corrected visual acuity (BCVA) at distance was 20/20 OD and 20/30 OS. Slit lamp examination was unremarkable, revealing both conjunctiva were clear and quiet, both corneas were clear, the anterior chambers were free of cells and flare, and the iris was flat and intact.

Fundoscopy revealed clear crystalline lenses in both eyes as well as clear vitreous. The macula was flat with even pigment and showed a positive foveal reflex OU. The optic nerve head of the right eye appeared normal, but the left eye showed optic nerve head edema, with the superior portion of the nerve affected more than the inferior portion (see Figure 1). Both eyes demonstrated mild arteriovenous nicking of the blood vessels.

The assessment at this visit was probable non-arteritic anterior ischemic optic neuropathy with hypertension as a major risk factor. The patient was educated regarding the likely permanent nature of his vision loss and counseled regarding continued management of systemic risk factors. The patient was instructed to continue blood pressure management with his internist and return for a follow-up dilated fundus exam in one month for a repeat visual field.

He returned five weeks later reporting only minimal improvement in his vision. BCVA was 20/20 OD and 20/25-2 OS. The patient had been recording his blood pressure at 5 p.m. every day for the previous four weeks and continued his antihypertensive treatment regimen. Blood pressure was measured in office at 118/90 mm Hg. The edema of the left optic nerve head appeared almost entirely resolved upon funduscopic examination (see Figure 6), but a 30-2 Humphrey visual field indicated that the inferior altitudinal field loss remained (see Figure 7). OCT showed a decrease in retinal nerve fiber layer (RNFL) thickness superior temporal (see Figure 8), which corresponded with a GCC loss superior temporal as well (see Figure 9). A 3-D visualization shows regression of swelling of the optic nerve head compared to five weeks prior (see Figure 10).

The right eye was also assessed and determined to be stable and normal, with no signs of NA-AION or other hypertensive complications noted.

The patient was educated again regarding the nature of his vision loss and the importance of continued blood pressure control and management with his internist. He was instructed to return for another dilated fundus exam in four months. That visit was still pending at the time this report was prepared.

Though variations exist, classic symptoms of AION have been outlined by Dr. Hayreh to include:

• Sudden, painless visual deterioration in one eye, usually discovered on waking in the morning

• Optic disc edema, which usually resolves spontaneously in about two months and is replaced by sectoral or more often generalized optic atrophy.3

The research of Hoyt and his colleagues from 1963-1974 provided insight into the topographic localization of the optic nerve fibers in monkeys by photocoagulating the retinal nerve fibers. The ganglion cell defect may appear weeks after the initial ischemic event, and it should correspond with a specific topographic region of the optic nerve head where atrophy may be visualized.9-11

Though controversial, oral corticosteroids have been proposed as one of the few treatment options available for NA-AION. In a non-randomized cohort study of 613 eyes, improvement in visual acuity was seen in 70 percent of treated eyes, whereas only 40 percent of untreated eyes showed improvement.5 Contrary to those findings, however, other smaller studies have found no statistically significant difference in visual acuity or visual fields between treated and untreated individuals.6

Optic nerve size, particularly a small cup, has long been thought to be a risk factor for development of NA-AION, but the resultant after effect of an ischemic event on the size of the optic nerve was not quantified until recently. Hayreh and colleagues determined that following an NA-AION, there was no statistically significant difference among the cup-to-disc ratio, parapapillary atrophy, or overall disc size between the affected eye vs. the patient’s non-affected eye. This information provides the clinician with an additional differentiation from other optic nerve head disorders such as glaucoma.4

The previously presented case is interesting as it demonstrates NA-AION in a patient with uncontrolled high blood pressure. There are also many cases of low blood pressure and development of NA-AION. Use of phosphodiesterase five inhibitors (PDE5), such as sildenafil (Viagra, Pfizer), has been considered a possible risk factor because the therapeutic dose has been shown to reduce blood pressure by at least 10 mm Hg, thus producing systemic hypotension.5 One retrospective study concluded that there is a two-fold increase risk of NA-AION with PDE5 use.6

A recent 2015 article summarized the natural course of NA-AION into the following valuable points: NA-AION generally remains stable, with visual fields unlikely to show improvement, but spontaneous improvement of up to three lines of vision has been shown in up to 40 percent of patients. The optic nerve head edema resolves and makes way for pallor in six to 11 weeks following the acute NA-AION episode. Lastly, within five years of initial eye involvement, the fellow contralateral eye was involved in 15 to 19 percent of patients.5

This case demonstrates an example of a patient who was living with untreated systemic disease and whose first symptom of advancing hypertension was a visual field defect. That symptom was followed by symptoms of headache and dizziness, which finally prompted a visit to the hospital. NA-AION has an unknown etiology, but many risk factors have been exhibited. Though a clinician will often correlate NA-AION with low blood pressure, nocturnal hypotension, and medications used to treat erectile dysfunction, the clinician must not forget that high blood pressure is itself a major risk factor for the ischemic event.

Unfortunately, few options are available for the treatment of NA-AION, but careful co-management with primary-care doctors and internists can have a profound impact in treating the systemic diseases such as diabetes and hypertension that can contribute to NA-AION development. In the case of this 49-year-old Hispanic male, the most valuable treatment for his ocular condition was tight blood pressure control. 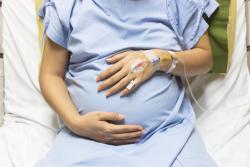 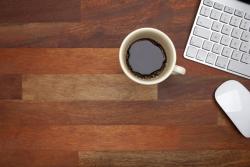 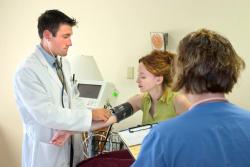