Ezetimibe: A Lipid-Lowering Drug for Older Patients and Older Cardiologists

Paul Thompson, MD, offers perspective on the use of ezetimibe in a clinical setting.

Ezetimibe reduces LDL cholesterol (LDL-C) by reducing intestinal cholesterol absorption, which increases hepatic LDL-C receptors, which decrease blood LDL-C. Ezetimibe reduces LDL-C approximately 20% when used alone and approximately 24% when added to statins (probably because statins increase intestinal cholesterol absorption), but results very among patients and some patients get bigger LDL-C reductions. That 20% or more is a gigantic effect given that doubling a statin dose only reduces LDL-C an additional 6% of the baseline value (the “statin rule of 6”), but increases statin side effects.

The reduction of LDL-C with doubling of the statin is even less at higher doses of the most potent statins. Increasing rosuvastatin from 20 to 40 mg/day or atorvastatin from 40 to 80 mg/day only reduces LDL-C an additional 3 to 4% of the baseline value. So, I have always been an ezetimibe fan, especially since many of the patients sent to me have statin intolerance. But ezetimibe does not get much respect among non-lipid experts. In fact, ezetimibe may be the “Rodney Dangerfield of lipid-lowering drugs” because it gets no respect, just like Rodney.

Why has ezetimibe gotten such a bad rap? It started with the ENHANCE or “Ezetimibe and Simvastatin in Hypercholesterolemia Enhances Atherosclerosis Regression” Study.1 ENHANCE randomized patients with familial hypercholesterolemia to simvastatin 80 mg/ daily with/without ezetimibe 10 mg/day. Participants’ LDL-C off of any lipid-lowering medications was 318±66 mg/dl, but all subjects were recruited from excellent lipid clinics and had been well-treated before enrollment.

On study drug LDL-C’s were reduced to 193±60 mg/dL with simvastatin and to 141 ±53 mg/dL in the simvastatin with ezetimibe group. The primary outcome was change in carotid intima-media thickness (CIMT), which was normal at baseline in both groups, probably because they had been so well treated. Now, here’s a surprise. CIMT was still normal after the two years of the study, and there was no difference between the groups! Go figure. I guess it’s hard to make normal more normal with treatment, dah, but this study led several well-known medical experts to label ezetimibe a “placebo”. That certainly cooked ezetimibe’s goose.

Even a randomized, controlled clinical trial that showed ezetimibe improved cardiac outcomes when added to a statin got no respect. The IMPROVE-IT or “Improved Reduction of Outcomes: Vytorin Efficacy International Trial” 2 randomized patients with an acute coronary syndrome to simvastatin 40 mg/day with or without ezetimibe.

The study was criticized because it had to be extended to accrue a sufficient number of cardiac events so the results were reported after a median follow-up of 6 years. Nevertheless, there was a 2% absolute reduction in cardiovascular events from 34.7 to 32.7% (p=0.016).

I view this as a “proof of concept study” – proof of the concept that ezetimibe reduces cardiovascular events, including cardiac death, MI, stroke, revascularization, and unstable angina. It took so long to see the effect because on treatment LDL-Cs were so good in both group and only slightly lower with ezetimibe, 53.7 vs. 69.6 mg/dL.

There are now recent data demonstrating that ezetimibe is especially effective in older patients. The absolute reduction in cardiovascular events in IMPROVE-IT with ezetimibe was 0.9% for those under age 65, 0.8% for those age 65 to 74, but 8.7% in those 75 or older.3 The curves for the oldest patients started to diverge in the first year. Among patients less than 75 years old only 11 needed to be treated to prevent 1 event whereas among patients less than 75 you had to treat 125 patients to prevent one event. The absolute risk reduction was 10 times higher in those over age 75! This is probably due to the fact that cholesterol absorption increases with age.

Tony Gotto wrote an invited commentary on these results.4 Tony has been a lipid expert forever dating back to his training at the NIH with Don Fredrickson, who co-authored the Fredrickson-Levy-Lees 1967 classification of dyslipidemias. That makes Tony even older than I am.

So, I guess ezetimibe is a drug of interest to older cardiologists and therapeutically very useful in older patients. But I don’t think ezetimibe should be restricted to older patients and cardiologists. Ezetimibe is generic and therefore inexpensive. Anything that lowers LDL-C by increasing LDL receptor activity reduces cardiovascular events.5 Consequently, ezetimibe should be tried in patients with insufficient LDL-C reduction from statins alone before progressing to more expensive, “younger” agents. 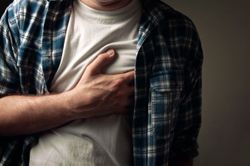