ECG Challenge: A 72-year-old woman has progressive weakness, dyspnea, decreased oral intake, and feels "sick." ACS or something else?

A 72-year-old woman with a history of depression, atrial fibrillation, congestive heart failure, and coronary artery disease (CAD) is brought by her daughter to the emergency department with a 10-day history of generalized weakness and decreased oral intake. The daughter states that over the past day her mother has gradually been getting worse, and she now “just looks terrible.” The patient is not the best historian, but admits to being short of breath, weak, and “sick.” She denies chest pain, abdominal pain, fever, vomiting, or diarrhea.

On exam, she is afebrile with normal vital signs and pulse-ox. Her head and neck exam is only notable for dry mucous membranes. Her neck is supple without mass or a thyroid scar. The lungs are clear without wheezes or rales and the heart is regular. Her abdominal exam is benign. Her lower extremities are notable for 1+ symmetric pitting edema, which, according to the daughter, is actually better than it usually is. Her neurologic exam is non-focal, but she is noted to be somewhat lethargic.

Labs are sent off and IV fluids are started. Her ECG is shown here.

Is this case an atypical presentation of an acute coronary syndrome (ACS) or might it be something else?

The ECG findings and atypical symptoms in this elderly woman with known CAD should first raise concern for ACS and specifically a posterior myocardial infarction (MI). This patient, however, was ultimately diagnosed with the not uncommon trifecta of UTI, dehydration, and digoxin toxicity. Her digoxin level was 2.9. Her cardiac rhythm was stable and she responded well to IV fluids and antibiotics. DIGIBIND was not needed. Serial troponins were negative.

There are many causes of ST depression on an EKG. The most serious includes ACS, either NSTEMI, reciprocal change in a STEMI, or posterior MI. The ECG in an acute posterior MI typically lacks signs of obvious ST elevation; reciprocal changes of STEMI are seen in the anteroseptal leads V1-3, which will show horizontal ST depression and tall R waves. Other acute causes include hypokalemia and digoxin toxicity. Chronic causes include bundle branch blocks and LV hypertrophy as well as WPW and mitral valve prolapse (causes summarized below).

Digoxin toxicity has become less common as newer drugs have replaced it for rate control alone. The most frequent cause is gradually increasing levels caused by dehydration and/or renal dysfunction. Acute overdoses are less common but often more serious.

A variety of plants that contain cardiac glycosides can also cause similar toxicity (see Chart, below). I remember my mom telling me as a child a story about some kids who died from using oleander sticks to skewer and roast hot dogs. Symptoms tend to be primarily neurologic and gastrointestinal, but cardiac manifestations are the most life threatening. Mild ECG changes include ST depression and a slowing of the heart rate. More severe manifestations include heart block and tachycardias. Supposedly any rhythm is possible in digoxin toxicity.

Treatment of digoxin toxicity depends primarily on three factors: the rhythm, the blood pressure, and the potassium level. Rehydration and observation alone may be adequate in stable patients with an elevated level caused by renal dysfunction, as in this case. More aggressive therapy, such as DIGIBIND or DigiFab, may be indicated in the setting of an acute overdose, clinical instability, or a potassium level greater than five. See Chart  for more details on treatment. 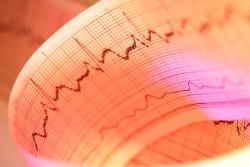 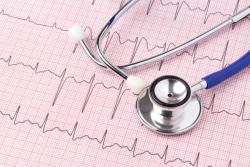 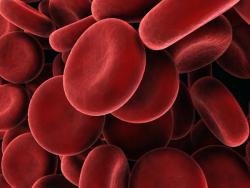