What cause of persistent DOE, fatigue in this patient who is s/p CABG and maze ablation? Your ECG read?

A 77-year-old woman with longstanding paroxysmal atrial fibrillation (PAF), hypertension, hyperlipidemia, and coronary artery disease presents to your office for follow-up one month after undergoing coronary artery bypass grafting (CABG) with concomitant left atrial maze ablation. She feels well without angina but describes persistent dyspnea on exertion and fatigue since the operation. She denies any palpitations or dizziness consistent with her prior episodes of PAF.  She was discharged home on post-operative day 7 on metoprolol succinate 50 mg daily for presumed persistent sinus tachycardia. Her pre- and post-operative ECGs are shown in Figure 1 below (ECGs 1 and 2, respectively):

Question 1: Does the post-operative ECG represent sinus tachycardia as thought or an arrhythmic process?

Question 1 Answer: The post-operative ECG shows a narrow complex tachycardia at ~110 beats/min with P-waves preceding each QRS complex that are upright in leads II, III and avF. These surface ECG characteristics are consistent with sinus tachycardia. However, considering that the patient's preoperative baseline ECG showed a significantly slower, normal heart rate in the 60 beats/min range and she is status post left atrial maze ablation, a persistent atrial arrhythmia should be suspected. Electrical reentry may occur around the linear atrial scars created by maze ablation leading to refractory left atrial arrhythmias, specifically atrial flutter (AFL) and atrial tachycardia (AT). Closer comparison of the two ECGs (Figure 2) reveals broad, biphasic P-waves in lead V1 of the pre-operative ECG (Figure 2- square) versus narrow, entirely positive P-waves in lead V1 of the post-operative ECG (Figure 2- circle).

Figure 2. L, Pre-op ECG; R, Post-op ECGThe sinoatrial (SA) node is located at the junction between the right atrium (RA) and superior vena cava (SVC), therefore SA node activation is seen on the surface ECG as positive P-wave deflections in the inferior leads (high to low activation toward II, III, avF) and biphasic or negative deflections in lead V1 (anterior to posterior activation away from V1). The subtle finding of entirely positive P-waves in lead V1 of the postoperative ECG likely represents activation of a left atrial focus posterior to the SA node (toward V1). The right superior pulmonary vein (RSPV) is typically located just posterior to the SA node and a microreentrant circuit at the region of the RSPV may occur post left atrial maze ablation.

Question 2: What is the next step in managing the patient?

Question 2 Answer: Recall that persistent, rapid AFL and AT, in addition to causing symptoms of palpitations, dyspnea, and fatigue, may lead to tachycardia-induced systolic heart failure. It is not uncommon for anti-arrhythmic drug therapy to be ineffective with left atrial arrhythmias, as in this patient’s arrhythmia which slowed to an average heart rate in the 90s-100s but nevertheless persisted despite attempted treatment with sotalol. She ultimately underwent electrophysiology study with 3-dimensional intracardiac activation mapping during ongoing tachycardia. Figure 3 displays the detailed electro-anatomic map of the anterior right atrial (RA-magenta) and posterior left atrial (LA- purple) chambers. A micro-reentrant AT was mapped to the RSPV, which is seen in the electro-anatomic map to traverse just posterior to the SA node at the RA-SVC junction.  Circumferential radiofrequency ablation around the RSPV (represented by light blue dots) terminated the tachycardia to sinus rhythm. Post-ablation, she has remained free of recurrent atrial arrhythmias. 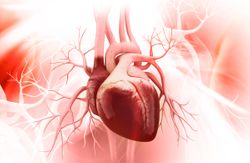 DOACs May be More Effective than Warfarin for Valvular AFib 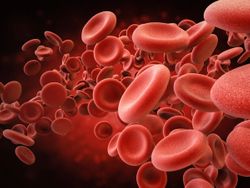 American Indians at Increased Stroke Risk, Regardless of Whether They Had AFib 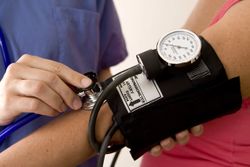