An analysis of data and blood samples from more than 28k women provides insight into the predictive value of more than 50 biomarkers for predicting risk of premature coronary heart disease in aging women.

This article originally appeared on EndocrinologyNetwork.com.

Data from an analysis of the Women's Health study indicates the incidence of diabetes and increased insulin resistance could serve as predictors of increased risk for premature coronary heart disease in women.

A collaborative effort between clinicians from Brigham and Women’s Hospital and the Mayo Clinic, results of the multivariable-adjusted analysis indicate women with type 2 diabetes were at a tenfold greater risk of developing coronary heart disease over the next 20 years.

"Prevention is better than cure, and many risk factors for heart disease are preventable. This study shows the impact that lifestyle has on heart health in women of all ages, and younger women in particular," said Sagar Dugani, MD, PhD, a hospital internal medicine practitioner at Mayo Clinic in Rochester, MN, in a statement.

With an interest in identifying determinants of premature coronary heart disease in aging women, Dugani and colleagues designed a cohort study with the aim of assessing more than 50 clinical and biomarker risk factors across multiple age groups of women. Using data from the Women’s Health Study, investigators identified 28,024 women aged 45 years or older without cardiovascular disease at baseline for inclusion in their analysis.

Specific biomarkers and risk factors evaluated in the analysis included apolipoproteins, lipids, triglycerides, lipoprotein, inflammatory markers such as fibrinogen, glycan biomarker of N-acetyl side chains of acute-phase proteins, and C-reactive protein), intercellular adhesion molecule, and metabolic markers such as creatinine, HbA1c, homocysteine, and branched-chain amino acids. Of note, a lipoprotein insulin resistance score was calculated using a weighted combination of 6 lipoprotein measures related to the concentration and size of HDL, LDL, and TRL particles.

"In otherwise healthy women, insulin resistance, type-2 diabetes, and its sister diagnosis, metabolic syndrome, were major contributors to premature coronary events," said Samia Mora, MD, MHS, of the Brigham's Center for Lipid Metabolomics in the Division of Preventive Medicine and an associate professor at Harvard Medical School, in the aforementioned statement. "Women under 55 who have obesity had about a fourfold-increased risk for coronary events, as did women in that age group who smoked or had hypertension. Physical inactivity and family history are all part of the picture as well."

This study, “Association of Lipid, Inflammatory, and Metabolic Biomarkers With Age at Onset for Incident Coronary Heart Disease in Women,” was published in JAMA Cardiology. 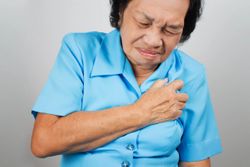 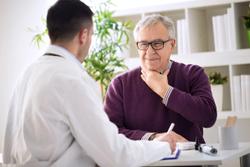 Time of Appointment Could Influence Prescribing Practices for Statin Therapy 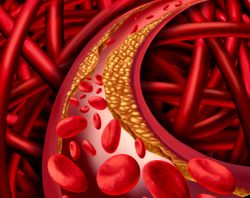 Can Statins Cause Tendon Rupture? Yes, But Consider Other Factors, with Dr. Paul Thompson