Dapagliflozin Proves Beneficial for CKD Patients With and Without Diabetes

Full results of the DAPA-CKD trial from ESC Congress 2020 detail the effects of dapagliflozin (Farxiga) among chronic kidney disease patients with and without type 2 diabetes.

Just one year after DAPA-HF stole the spotlight at the European Society of Cardiology (ESC) Congress 2019, DAPA-CKD and dapagliflozin (Farxiga) have once again captured the attention of attendees at ESC Congress 2020.

Results of the study, which assessed the effects of dapagliflozin on chronic kidney disease (CKD) in patients with and without type 2 diabetes, indicates the SGLT2 inhibitor reduced the primary end point of preventing worsening kidney function or death from kidney disease or cardiovascular disease by 39%—with reductions of 36% and 50% in patients with and without diabetes, respectively.

“The primary outcome was reduced 36%, with a hazard ratio of 0.64 in patients with type 2 diabetes. Now, in patients without diabetes, the primary outcome was reduced by 50% with a hazard ratio of 0.50, which was statistically significant,” said Professor Hiddo J.L. Heerspink, PhD, professor at the University Medical Centre Groningen, the Netherlands, in an interview with Practical Cardiology. “What does it say about the mechanism of action? There was already a lot of thought that these drugs could reduce major kidney outcomes independent of glycemic effects and I think this is now confirmed in the DAPA-CKD trial.”

With heightened interest surrounding the mechanisms and effects of dapagliflozin and SGLT2 inhibitors as a whole, DAPA-CKD was aimed at assessing the impact of dapagliflozin 10 mg versus placebo in a randomized, double-blind, placebo-controlled trial with a target population of 4300 patients 18 years of age or older with stage 2-4 CKD. With the primary end point defined as a composite of sustained decline in eGFR of 50% or more, end-stage renal disease, and renal or cardiovascular death, the trial was designed to conclude when 681 primary renal events had occurred, which investigators noted provided 90% power to detect a 22% relative risk reduction.

For inclusion in the study, patients needed to have a urinary albumin to creatinine ratio of 200 mg/g or more and an eGFR between 25-75 mL/min/1.73 m2. Of note, enrollment was monitored to ensure at least 30% of patients did not have diabetes and that no more than 10% had an eGFR greater than 60 mL/min/ 1.73 m2.

Over a follow-up period lasting a median of 2.4 years, investigators found 197 primary events occurred with dapagliflozin compared to 312 with placebo—resulting in a hazard ratio of 0.61 (95% CI, 0.51-0.72; P=.000000028) for the primary end point of the study. For secondary end points, investigators also assessed worsening renal function or death from kidney failure, hospitalization for heart failure or cardiovascular death, and all-cause mortality.

In regard to safety, investigators reported discontinuation of the study due to an adverse event occurred in 5.7% of patients receiving placebo and 5.5% of patients receiving dapagliflozin. Investigators highlighted no patients in the dapagliflozin group and 2 patients in the placebo arm experienced diabetic ketoacidosis. Additionally, there were no reports of severe hypoglycemia or diabetic ketoacidosis in patients without type 2 diabetes.

This study, “Dapagliflozin And Prevention of Adverse outcomes in CKD,” was presented at ESC Congress 2020.

Less than 20% of Patients with Diabetes Meeting Heart Health Goals 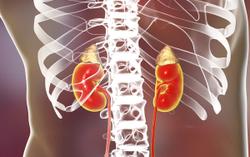