An analysis of 10 randomized clinical trials is shedding new light on the risk of MACE seen by Black patients following PCI versus risk among white counterparts.

While the disparities in cardiovascular disease and overall healthcare seen between Black patients and their white counterparts are well-documented, new research is diving into racial disparities in rates of adverse outcomes following percutaneous coronary intervention (PCI).

An analysis of nearly a dozen randomized coronary stent trials, results of the study indicated an independent association between Black patients and 5-year risk of major adverse cardiovascular events (MACE) and higher rates of death before 1- and 5-year follow-ups after PCI compared to any other group.

“The variables that may contribute to the greater cardiovascular risks in minorities are multifactorial," said lead investigator Gregg Stone, MD, professor of cardiology at the Icahn School of Medicine at Mount Sinai in New York, in a statement. "The variables include risk factors, differences in cardiac structure, and socioeconomic considerations.”

While previous studies have outlined and described disparities seen among racial and ethnic minorities in the US, a limited amount of reliable data existed examining disparities seen in outcomes following PCI in patients. With this in mind, Stone and a team of colleagues designed their study to investigate these potential associations through analysis of pooled patient-level data from randomized controlled trials.

Using data from the Cardiovascular Research Foundation, which is an academic research organization specializing in interventional cardiology research, investigators identified 10 prospective, randomized trials of coronary artery interventions with data on race or ethnicity. Of these, 9 were designed as stent-versus-stent trials and 1 compared antithrombotic regimens in patients with acute coronary syndromes.

The outcomes of interest in the analysis were all-cause death, myocardial infarction (MI), and MACE, which investigators defined as a composite of cardiac death, MI, or ischemia-driven target lesion revascularization. Of note, outcomes were assessed at 30 days, 1 year, and 5 years.

From the 10 trials, investigators identified patient-level data from 22,638 individuals with a median follow-up duration of 1095 days. The majority of these individuals (90.9%) were white, but 918 were identified as Black, 404 as Asian, and 473 as Hispanic. Investigators pointed out age, sex, body mass index, diabetes mellitus status, current smoking, hypertension, hyperlipidemia, prior MI, prior PCI, prior coronary artery bypass grafting, clinical presentation, and type of intervention were used as covariates in adjusted models.

Investigators pointed out black and white patients had similar rates of death at 30 days but black patients experienced higher rates of MI and MACE. These apparent differences and similarities were consistent at 1- and 5-year follow-ups.

Stone and colleagues pointed out several limitations within their study. These limitations included underrepresentation of Black and Hispanic patients, inability to capture socioeconomic factors, and the term Hispanic was designed as a race and not an ethnicity.

"I am inherently optimistic, and I am hopeful that the increased societal attention to racial disparities prompted by recent social injustices will translate to improve health care and outcomes for minorities," said Stone, in the aforementioned statement. "But it won't just happen without active concerted efforts to promote change and opportunity, a task for government, regulators, payors, hospital administrators, physicians and all health care providers."

This study, “Prognostic Impact of Race in Patients Undergoing PCI,” was published in JACC: Cardiovascular Interventions. 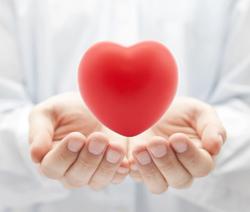