Ablation Therapy for AF Who, What is it Good For

1. Which of the following is probably not a characteristic of someone who has had catheter ablation for atrial fibrillation (AF)?

1. Which of the following is probably not a characteristic of

©wittybear/Shutterstock.comsomeone who has had catheter ablation for atrial fibrillation (AF)?

For answer, discussion, and next question, please click here.

According to the recent Outcomes Registry for Better Informed Treatment of Atrial Fibrillation (ORBIT-AF) study,1 a nationwide community-practice cohort of 9935 patients, those who had previously undergone ablation for AF had fewer comorbidities, including COPD and anemia, than those who had not undergone AF ablation. Patients who had AF ablation were significantly younger, had more symptoms, and a longer history of AF. They were also more likely to be male, to be taking rhythm-control medications, to have been in sinus rhythm at baseline, and to have obstructive sleep apnea, paroxysmal AF, moderate-to-severe symptoms, and a family history of AF. Though community-dwelling participants in this study were younger than non-ablated patients, their mean age was still higher than that of patients in randomized, controlled trials.1

2. According to current guidleines from the American Heart Association/American College of Cardiology/Heart Rhythm Society (AHA/ACC/HRS), AF catheter ablation is recommended for the sole intent of avoiding anticoagulation.

According to AHA/ACC/HRS 2014 practice guidelines,2 AF catheter ablation is not indicated soely for the purpose of avoiding anticoagulation. AF ablation should not be performed in patients who cannot receive anticoagulation during and after the procedure (level C evidence). The only class I indication for AF ablation is in patients with symptomatic paroxysmal AF who are refractory or intolerant to at least one class I or class III antiarrhythmic medication (level A evidence). According to evidence reviewed in the guidelines, AF ablation appears to have the greatest efficacy in younger patients with little or no structural heart disease, and when it is performed at highly experienced centers.2

3. AF catheter ablation reduces the incidence of which of the following:

D. All of the above

E. None of the above

Answer. D. None of the above

According to evidence reviewed in the AHA/ACC/HRS 2014 practice guidelines,2 there is insufficient evidence to conclude that AF catheter ablation decreases the incidence of stroke, heart failure, or all-cause mortality. Several clinical trials are comparing outcomes for AF ablation to standard medical therapy. These include CABANA (Catheter Ablation Versus Anti-Arrhythmic Drug Therapy for Atrial Fibrillation), and EAST (Early Therapy of Atrial Fibrillation for Stroke Prevention Trial).2 According to the recent community-based ORBIT-AF cohort study,1 adjusted analyses revealed similar risk for all-cause mortality, CV death, and a composite endpoint of death, stroke/TIA, and CHF in patients who have undergone AF ablation compared to those who have not.1 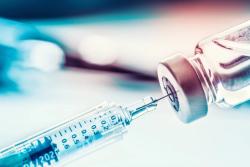 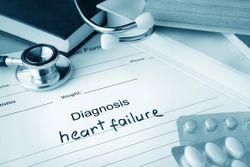 Cardiology Month in Review: May 2022